Garden City, Michigan
Garden City is bound on the north, west, and south by the City of Westland. The City of Inkster borders Garden City on the south, and the City of Dearborn Heights abuts Garden City’s east border. Detroit, the largest city in the region, is located approximately three miles east of Garden City.

Dating back to 1832, when the first settlers came from Ireland, Mr. John Lathers received a deed signed by Andrew Jackson for 160 acres of land that is now bound by Ford Road, Harrison and Marquette. In addition, the original developers of our city pictured it as an independent community containing enough industry to support its citizens. They subdivided large lots, in many cases a full acre, to provide residents ample space for small-scale farming.

They patterned the town after the “Garden City” concept that became popular in England during the 19th Century. In 1927, the area was incorporated into a village with an estimated of 900 and an area of 3,600 acres. Also, in December 1933, the big step was taken to incorporate Garden City into a city, having an area of 5.8 miles with a population of 2,500. Furthermore, a charter adopted that year provided for a Mayor-Council non-partisan form of Government. November 1975 saw the installation of a City Manager to join with the existing government. Today, the City has a population of just over 30,000.

Are you looking for movers in Garden City, Michigan?

Although we are located in the Garden City area of Michigan, we have offices in the Ann Arbor area of Michigan along with offices in the Oakland county area and the Westland area. Just give us a call or request your FREE online, no obligation, low price Garden City moving quote. Our Garden City, Michigan moving rates are some of the most competitive in the moving industry. Also, although we offer low price moves to Garden City, we don’t let that deter us from making your move easy on you or providing you with anything less than full service professional moving services.

We are movers in Garden City that focus on our customers’ needs. In addition to our moving and storage services to Garden City, our drivers are the friendliest in the business. Get a moving quote today.

Hire Men on the Move

Some of the benefits of hiring Men on the Move, for your move to Garden City, Michigan are: 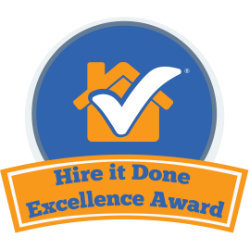 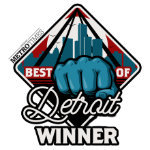 A giant shout out & THANK YOU to Gary Bulson & his guys, Brian, Chris & CJ at Men On The Move Inc. for an amazing job helping the family move today. These guys hustled! I would recommend them again in a heartbeat. They have been my go to guys for almost a decade! Always happy…